Make no mistake about it, this is one of the best if not the best sea-kayaking book ever written. Nigel Foster, who builds kayaks, has his own school of kayaking, has written books and produced videos on sea kayaking is one hell of a good writer.

Stepping Stones of Ungava and Labrador has got everything that I would want in a kayaking tale about northern labrador: apt, succinct descriptions of the people met and the land and seascapes traversed by kayak; A brief but eye-opening look at the interaction of Europeans and Inuit of Labrador over the last three hundred years; And to top it all - a sea-kayaking adventure that'll have armchair travelers biting their knuckles in suspense.

That's what makes Stepping Stones such a good kayaking book. He describes each day of the trip as it unfolds, the people, the adventures, the changing weather, encounters with wild life. He says just enough to give you a good idea of each day. And then he weaves in the historical background, and brings it alive when they run into Inuit people who were part of that story.

I've read lots of Farley Mowatt, but I wasn't aware of the forced abandonment of Inuit villages in Labrador that went on in the middle of the last century. This is a chapter of Canadian history that deserves to be better known and Foster does an excellent job of talking about it and describing some of the people he met who were caught up in it.

I consider myself to be a fairly proficient kayaker, but after reading Foster's description of an incredibly dangerous crossing of Hudson Strait, I'm glad he was there and survived to tell the tale and I'm in the armchair reading about it.

Now imagine it's so foggy you can hear these "hay makers" all around you but you can't see them until they're breaking over you and your kayak and filling your "drytop" with ice cold water. Imagine that kind of crossing for twelve hours. It's easily the scariest description of a kayak crossing I've ever read.

According to Foster, it took him three years to psychologically recover from that experience. That crossing forms the climactic chapter of the book although what it describes is something that he did almost twenty years before in 1981.

The story that "surrounds" the description of this crossing is his daily log of an ambitious kayak trip that he and his wife Kristen took following the Labrador coast from Ungava Bay to Nain in 2004. There's less suspense, and less adventure in their contemporary trip than in the 1981 crossing but Foster does such a good job of describing each day's journey and weaving in historical references that the whole story becomes that more satisfying a read.

If you're considering kayaking the northern Labrador coast you might think again after reading of these kayakers' hair raising encounters with Polar bears. When it comes to encounters with polar bears I appreciate having that experience passed on to me in one ripping good tale by a true master of the kayak. Thanks for sharing Nigel.
Posted by earthjustice.blogspot.com at 2:38 AM 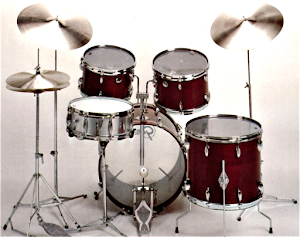